“Put a resonator in the ear and let any instrument play a harmonized piece of music, in which the tone of the resonator sounds frequently. Whenever that tone is sounded, the ear leaning against the instrument will hear it contrast violently with all the others in the chord. '

Hermann von Helmholtz (1863) On Tone Sensations as a Physiological Basis for Music Theory .

On the sensations of tone is undoubtedly the best known work of Hermann von Helmholtz. The book is simultaneously an introduction to the physics of sound, an anatomical study of the ear and its functioning, a treatise on harmony, and an essay on the history of music from its beginnings to the 19th century. Starting from the most basic and with a craftsman's meticulousness, Helmholtz builds up successive layers of increasing complexity to answer an apparently innocent question: why do certain sounds sound good to us and not others ?, or, as he himself writes, What does harmony have to do with ratios of the first whole numbers? '

After Pythagoras described the number basis of consonance around the fifth century BC, Helmholtz was the first to give him a satisfactory explanation. In his endeavor, he had to combine all branches of his multifaceted knowledge. But above all, he had to convince his contemporaries that all the sounds in our environment, all the notes, all the noises, all the car horns and of course, our own voice, are actually a sum of many sounds, Frequencies of different amplitudes and frequencies that combine to form what we call daily “timbre.”

To decompose sounds, Helmholtz used a conch … but not just any conch. As a good physicist, he was the inventor of the first spherical conch in history.

When we bring our ears close to a resonant cavity, it concentrates the energy of the surrounding noise around certain frequencies. The conch behaves, therefore, like an acoustic filter capable of emphasizing certain sounds or damping others. Its effect is easy to visualize with the help of a sound spectrograph. Simply insert a microphone into a shell and compare the frequency distribution of the sound inside and out. But if you don't have a conch on hand, I recommend trying a simple cup or a jar of chickpeas (empty). You can install an application like this on your mobile and see how the pattern of the ambient sound changes when you put your mobile inside the cup. You will notice that a kind of quivering peak appears: the fundamental frequency of the resonant cavity. 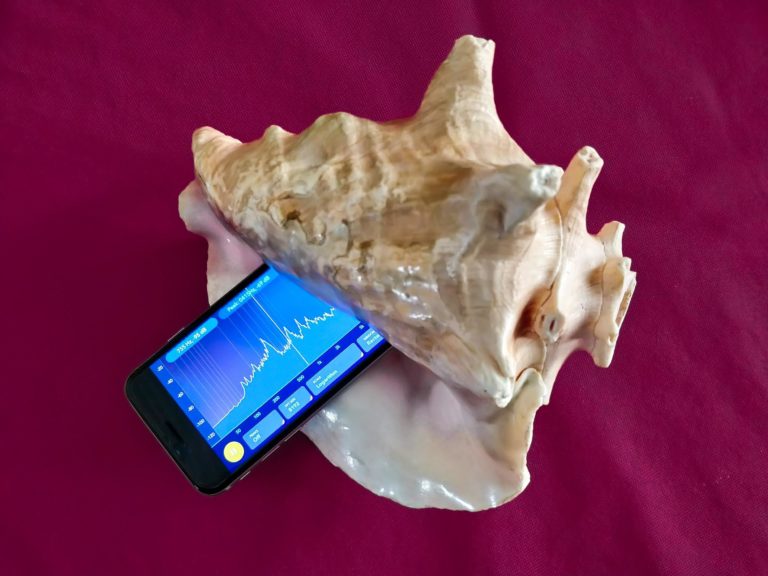 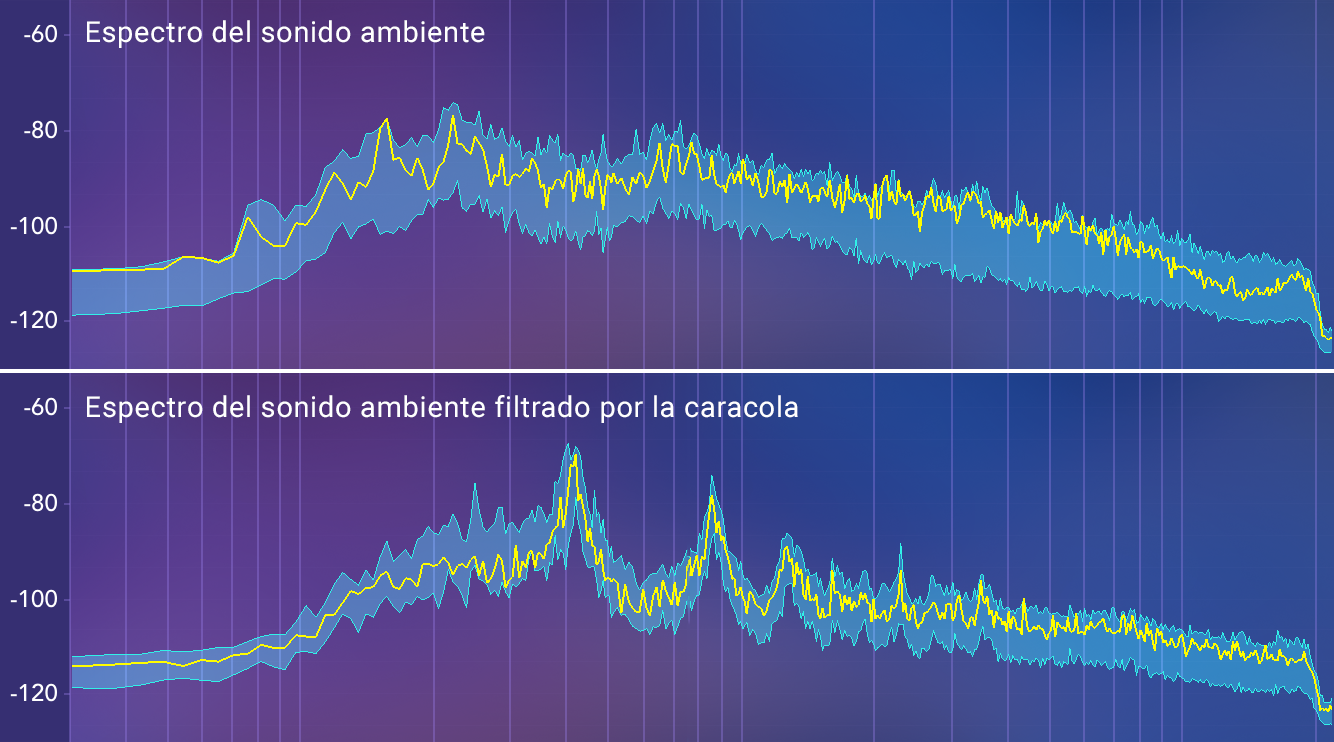 However, the conches and cups are quite irregular in shape, so they will resonate at many frequencies in addition to the fundamental. The peak they generate in the spectrum is more of a choline shape. To select a single frequency, Helmholtz had to build his own resonators, taking full advantage of careful symmetry. He used rigid containers, almost spherical in shape and a known volume. At one end, a small hole allowed them to rest on the ear. On the other side, a cylindrical cavity, slightly wider, allows air and ambient noise to enter.

The principle that characterizes the frequency of a Helmholtz resonator is similar to that of the typical bottle of soda. There is a volume of air enclosed within the bottle and another portion, located in its neck that is pushed in when one blows. These two elements are often compared to the spring and mass of a harmonic oscillator (although physicists are very much about comparing everything in the universe, spherical cows included, with a harmonic oscillator). The basic idea is that, before a certain blow, the air from the neck of the bottle (the mass), presses the volume contained in the bottle. This, for its part, tends to restore the initial conditions (like a spring). The result is a harmonic oscillation, with a frequency that is easy to calculate knowing the dimensions of the resonator.

Like the prism that divided light into colors for Newton, these resonators allowed Helmholtz to clearly select and hear the frequency composition of sounds of its surroundings. "The main tone of the sphere, much deeper than any of its normal tones, can vibrate sympathetically in a very powerful way," he explains in his book. “If we buffer one ear […] and apply a resonator to the other, most of the tones produced in the surrounding air will be damped considerably. But if the tone of the resonator sounds, it will vibrate with more force ”. Helmholtz's resonators were able to color, for him, all the sounds of his environment. Thanks to this, he was able to study in detail the difference between tones and noises, consonant or dissonant sounds, the frequencies that make up the human voice … and also, of course, those present in the everyday noises that fill all the shells. "The tone of the resonator can sometimes be heard arising in the hiss of the wind, the rattle of the cart wheels, the splash of water."

The article Helmholtz's shells has been written in Cuaderno de Cultura Científica .

A catalog of topological magnetic structures

October 30, 20206 min read
The original period system ordered chemical elements by their chemical properties. This classification in his…

October 29, 20204 min read
A beautiful installation entitled Fanfare can be visited at the Metropolitan Museum of Art in…

A topological look at the Cantor set

History of the glassbreaker priest

Effects and applications of radioactivity

Cora Ratto: in search of harmony

October 26, 20209 min read
Alberto Mercado Saucedo In addition to one of the first mathematicians trained in Argentina, he…