A global investigation of ancient dog DNA, led by scientists from the Francis Crick Institute, University of Oxford, University of Vienna and archaeologists from more than 10 countries, presents evidence that there were different types of dogs more than 11,000 years ago, in the period of the Ice Age. Aritza Villaluenga, from the Department of Geography, Prehistory and Archeology and the Consolidated Group for Prehistory Research of the University of the Basque Country has participated in the research. 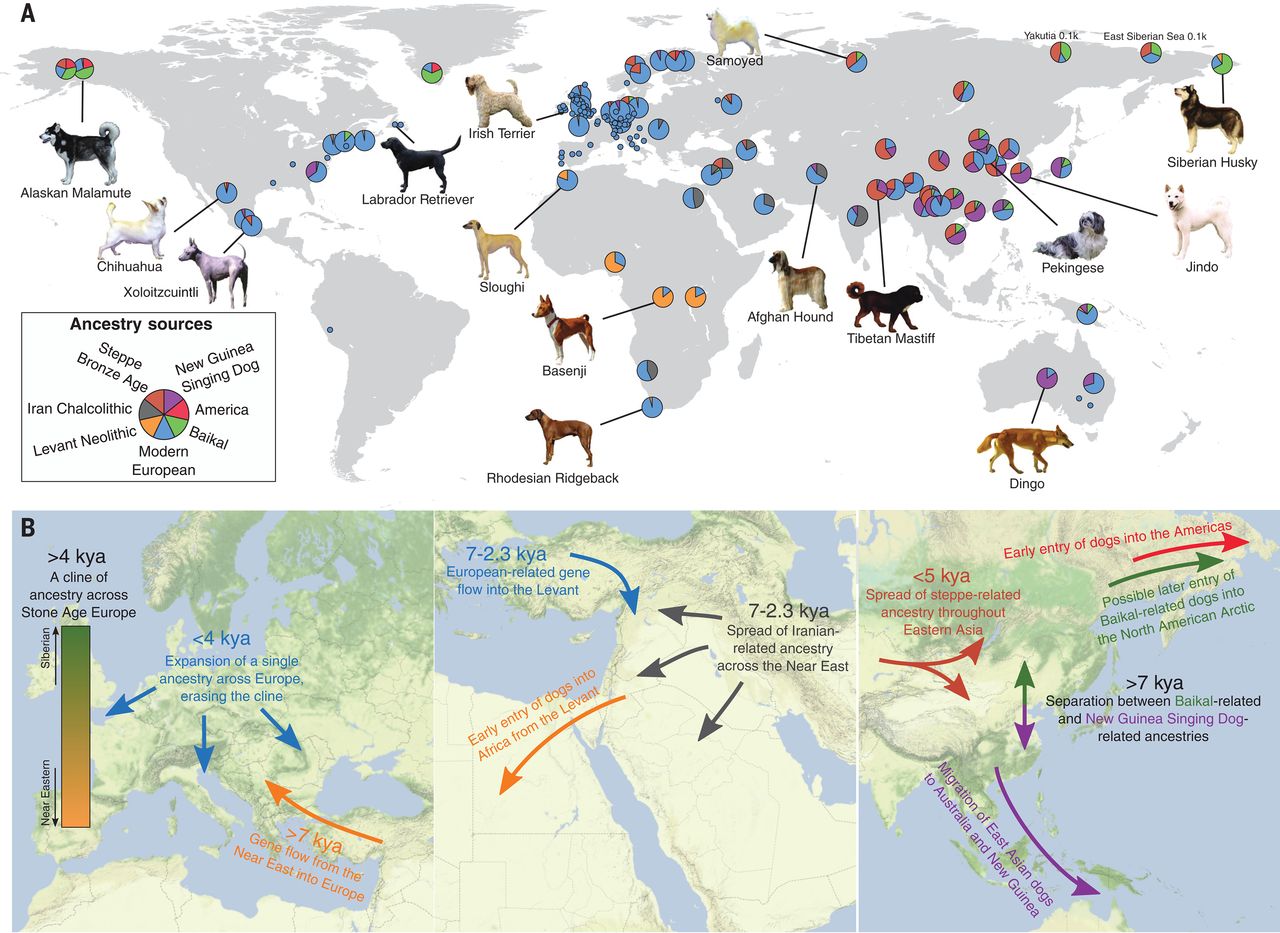 The study ' Origins and Genetic legacy of Prehistoric dogs ', published by the journal Science, collects the work of the research team that has sequenced the ancient DNA of 27 dogs, some of which lived until almost 11,000 years ago in Europe, the Middle East and Siberia. According to the data collected, at that point in history, just after the Ice Age and before any other animal was domesticated, there were already at least five different types of dogs with different genetic ancestry.

This finding reveals that the diversity observed today between dogs in different parts of the world originated when all humans were still hunters and gatherers. According to Pontus Skoglund, group leader of the Crick’s Ancient Genomics lab, “Some of the variations seen among dogs walking the street today originated in the Ice Age. By the end of that period, dogs were already widespread throughout the northern hemisphere. ”

The study of ancient genomics involves extracting and analyzing DNA from skeletal material. It provides a window into the past, allowing researchers to discover evolutionary changes that occurred many thousands of years ago.

The research team has shown that, over the last 10,000 years, these early dog ​​lineages mixed and moved to give rise to the dogs we know today. For example, the first European dogs were initially diverse and appeared to come from two very different populations, one related to Middle Eastern dogs and the other to Siberian dogs. However, at some point this diversity was lost, as it is not present in European dogs today.

As Anders Bergström, a postdoctoral researcher in the Ancient Genomics laboratory in Crick, or five thousand years, we can see that Europe was a very diverse place when it came to dogs. Although the European dogs we see today have an extraordinary variety of shapes, they are genetically derived from a very narrow subset of the diversity that used to exist. ”

Researchers also compared evolution in the history of the dog with changes in human evolution, lifestyles and migrations. In many cases, comparable changes occurred, as humans would take their dogs with them as they migrated around the world.

But there are also cases where the stories of humans and dogs are not related to each other. For example, the loss of diversity that existed in dogs in early Europe was caused by the spread of a single dog ancestor that replaced other populations. This dramatic event is not reflected in human populations, and it remains to be determined what caused this change in the ancestry of European dogs.

For Greger Larson, director of the Paleogenomics and Bioarcheology Research Network of the University from Oxford “the dog is our oldest and closest animal companion. Using DNA from ancient dogs shows us how far back our shared history goes and ultimately helps us understand when and where that deep relationship began. ”

Ron Pinhasi, leader of the group in the University of Vienna states that “just as ancient DNA has revolutionized the study of our own ancestors, it is now beginning to do the same with dogs and other domestic animals. The study of our animal companions adds another layer to our understanding of human history. ”

While this study provides important new insights into the early history of dog populations and their relationships with humans and with each other, there remains Many questions. In particular, research teams are still trying to find out where and in what human cultural context dogs were first domesticated.

The article Origin and genetic legacy of prehistoric dogs has been written in Notebook of Scientific Culture .

History of the light bulb

November 24, 20202 min read
Incandescent bulbs gave us light in the 20th century. Undoubtedly, the light bulb has been…

The discovery of artificial disintegration

November 24, 20203 min read
The serendipity that led to a better understanding of nuclear composition occurred in 1919. That…

Atmospheric rivers, the highways that regulate the climate

What works, and what doesn't, against Covid-19

November 22, 20205 min read
A planetary-scale experiment is underway. Never before have so many countries been both subjects and…

November 21, 20201 min read
"I should not continue in this world." Thus begins our new adventure: on the brink…